I was so inspired by the #YouEqualTechNorth event last Thursday, that I wanted to put pen to paper.

Hopefully I'll sum up the evening well enough and for those who couldn't make it, you'll be able to get a flavour for the evening.

To kick things off…

Diversity - what does it mean?

So we opened up with a pretty broad question to the panel, 'What does Diversity mean to you?' and the range of idea's and outlooks just proved how complex this topic is.

Vimla Appadoo – Service Designer at Digital Bridge and all round brilliant advocate for all things D&I within tech, summed it up simply as “difference”. Diversity is difference in background, in thinking and challenging the status quo.

Annette Joseph – Delivery Manager at Co-op and founder of Diverse and Equal – described diversity as giving people “a fair chance to accomplish whatever they want to accomplish”.

Mikey Smith – Head of Engineering at MoneySupermarket – talked about a sense of “celebration”. Celebrating individual differences and creating a sense of belonging in the process.

It is so so important that we see diversity as multifaceted and stretching wayyyy beyond gender disparity. By this point in the evening, just 1 question in, I could feel the whole room was already so consumed by the panel’s sense of transparency and willingness to share their own experiences.

What on Earth is a Culture fit?

The next topic of discussion really resonated with me. I’ve spoken about culture fit so many times to candidates/ clients and direct hires alike but I don’t really know what I meant myself.

We all talk about culture fit and so many hiring managers will have it right up there on the list of importance. But surely if every hire is to fit in, we'll end up having a room full of carbon copies of each other? With the same perspectives, ideas, interests, ways of working... the list goes on.

Why not view that next hire as a 'culture add'? (credit to Mikey for this one). Adding to the existing culture by bringing in a fresh stance, set of opinions and values.

Thanks to Annette we had some statistics which really spoke for themselves... Diverse teams are 50% more innovative and 20% more profitable!! New ideas = a more productive team!

Jon Vines – Lead Software Developer at AO - was super honest and open by admitting that only up until recently, when he had to grow out his own team, did he take a moment to look around and realise OH MY GOD, everyone in this room looks just like me. That stereotypical ‘techy’ bloke. From then, Jon’s made conscious changes to his own interview process in order to attract diverse talent.

You can't have diversity, without inclusion

It's such a shame that number of people in the room that said they genuinely felt or they even knew, they'd been hired to tick a particular box. Businesses are so desperate to tick that box. But how the hell can you expect to retain talent if you didn’t really want them in the first place?

By hiring for this reason, it almost becomes a self-fulfilling prophecy - the individuals will never feel welcome or part of the team and as a result be able to perform to the best of their ability.

An inclusive culture is just so bloody important to create from day dot. A safe space where absolutely anyone is accepted, where any ability can be accommodated and where everybody has a voice. Most importantly, the culture cannot be static. It must grow and evolve in line with the team.

As a recruiter myself, this part of the evening really blew me away.

Hand on heart, I hadn’t even considered the challenges people face EVERY SINGLE DAY. Why is Dyslexia hindering people progressing in the recruitment process due to a tiny spelling mistake or piece of grammar, when they’re applying to be a developer? Where is the correlation in ability?

Someone who is colour blind being unable to take a test that bears no relevance to the job at hand.

Companies spend so much time researching and testing the User Experience of their product. Why would they not do the exact thing with their own application process? How user friendly is it? Are you excluding worldie candidates from the word go?

Lets be honest, there’s so much more to attracting talent than ping pong tables and beer Fridays and supporting candidates is just so crucial.

We could’ve gone on for hours… and so could I…

This is just a tiny snippet of what we discussed and we genuinely could've gone on for so much longer.

For me, the main take away was the idea that the most important thing is that people should be able to bring their whole self to work, whatever that may be.

Huge thank you to all of our amazing speakers, to AO for hosting and to everyone that came and allowed the evening to be so interactive.I can't wait to see the #YouEqualTechNorth community grow even further through 2020. 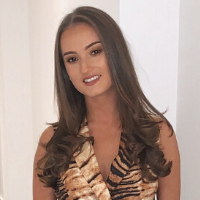